The Maven of Mavericks 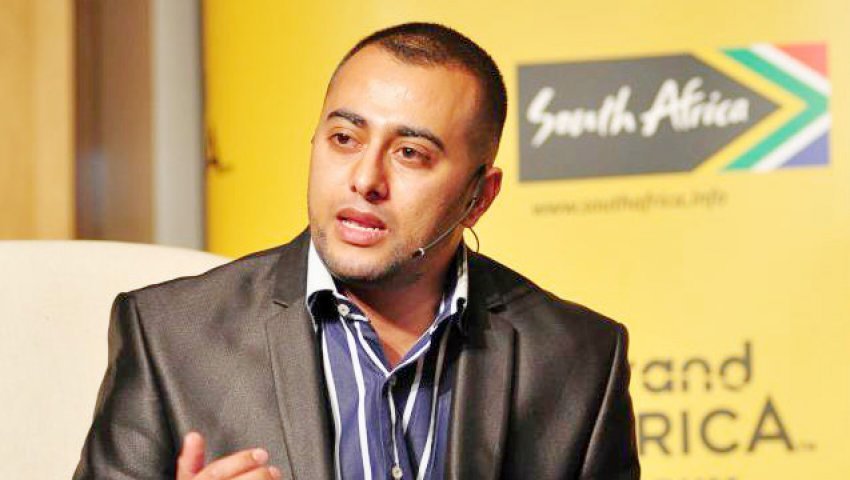 How do you become a 38-year-old entrepreneurial business maverick who holds numerous academic qualifications, gives over 70 keynote addresses per year worldwide, sits on a number of boards and advises numerous multinationals on strategy and disruptive innovation? Well, you start as a young student who half-wittedly tried to fund his own law degree by working full time while studying full time, being robbed of all your little start-up’s stock and owing a giant cellular service provider over R150 000, all the while hiding from your family the fact that you’ve been financially excluded from your studies.

Abdullah Verachia’s ascent as one of the most sought-after business strategists and thought leaders in the country as well as globally is a story that bears testament to the fact your life experiences are your greatest asset, that a deep, dynamic understanding of yourself is the highest qualification one could hope to attain and that serendipity is the secret sauce in the taste of any major success.

Born in Mpumalanga to a family that was active in the liberation movement during the height of political unrest, Abdullah reflects on his early childhood as being the fertile soil in which the seed that was to become his illustrious career was planted. “My life was centred around politics being a key factor in our home in terms of discussions,” he says. “I think that was helpful in me understanding the dynamics and context of what is happening from a country perspective in terms of social awareness, social justice and an awareness of race and identity. Both my paternal and maternal grandparents, my parents, uncles and aunts instilled in us a sense of always debating and discussing key issues.” These “frank discussions” that were freely held in his home would later become his internal compass when he came across a series of life-changing moments that shaped his career.

Being a world-renowned thought leader in disruption does come with its share of disruptions in life. Vus Ngxande talks to Abdullah Verachia about building a solid career that's well adapted to change.

One of these life-altering moments came in 1998 while on a leadership camp as a student when he was asked to participate in a debating competition. But he didn’t participate out of an ambitious desire to succeed. “I was sitting with a friend,” he slyly remembers, “and I said to him, ‘(The competition) gives us a day away from school, let’s do this thing.’” This decision would impact numerous paths that would open for him.

He won the competition and was selected to go to New York to participate in the UN’s Model United Nations programme, where he won an award for best speaker. This experience would instil in him an appreciation for the potential that being able to compete on international stages had in the development of one’s capacity for impactful ideas.

Abdullah started his career in law. During his varsity days he was faced with having to pay for his own studies. To do this, he worked for a mobile phone company selling recharge vouchers. The business had small margins that came undone when he was robbed of all his stock. The loss left him unable to pay fees and he was excluded. “No one knew that I had been kicked out (of university),” he muses. “I was pretending to still be there. I was on the SRC and I was still attending meetings.” The Dean of Students recognised this and prompted Abdullah to apply for a National Students Financial Aid Scheme (NSFAS) loan. He got the loan and was given a lifeline to complete his studies. 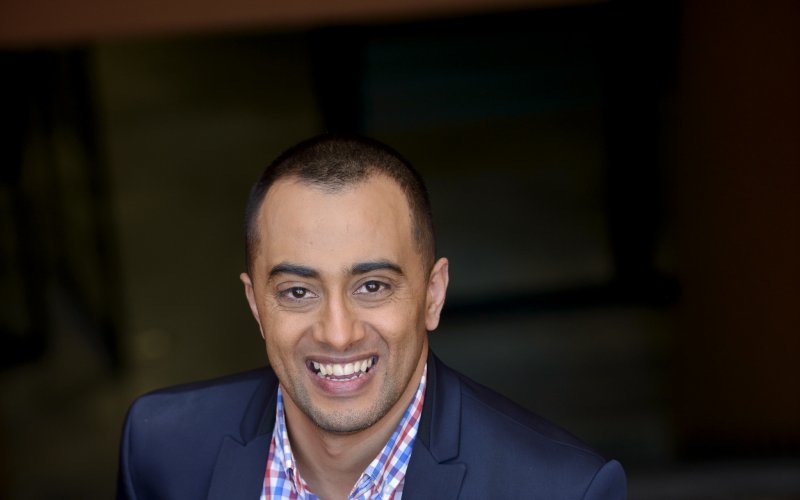 Abdullah's personal challenges didn't overshadow his calling to make a difference. While in his early 20s he and Nwabisa Mayema founded The Collective Genius, a business that helped corporates with implementing and running flagship corporate social responsibility initiatives that targeted high school and tertiary students. He met Nwabisa on the Model UN trip to New York. The company would go on to affect the lives of more than 100 000 students through leadership and development programmes. “Our work was incredibly fulfilling. In the 18 years TCG impacted hundreds of thousands of young people, many of whom play an active role in politics, business, civil society and academia today.”

Abdullah looks back on the completion of his articles and becoming a lawyer with mild self-reproach and enlightened sense of reflection. “The problem with society is that your framing of what you should be doing, as a career, is based a lot on what you read, hear and see,” he says, alluding to how career choices are often determined by external factors such as TV shows. “You watch (TV shows) and think, ‘I want to be that. I want to wear black suits and look the part and be the part and be a lawyer.’ Then you go and do your articles and you realise that it’s not what you want.”

So, in 2007, after practicing for all of two years, a newly married Abdullah decided to quit being a lawyer. He ponders on how we tend to be overly attached to the qualification, the piece of paper. “There doesn’t need to be a predetermined future based on what you have studied,” he says. This reluctance to tow the lines of normality is one the tenets of the psyche of those he calls “alternates”. “The game doesn’t need to be defined by that piece of paper,” he proclaims. Your qualification “gives you a way of thinking, a way of understanding the world”.

After leaving law, he teamed up with Dr Martyn Davies and founded Frontier Advisory, a research, strategy and investment advisory firm that assists clients to improve their competitiveness in emerging markets. Davies was introduced to him by Sudeshan Reddy, a dear friend and mentor who was his Model UN tutor! Their first “office” was a table in an Exclusive Books store in Hyde Park. “We’d arrive there, switch on our computers and that was that,” he chuckles. Frontier Advisory would grow to be such a success that in 2015 Deloitte bought the firm. He credits the firm with fast-forwarding his career far beyond his age by throwing him in the deep end and forcing him to understand the intricacies of running a business and being able to travel the world to consult with large corporations.

Davies also introduced him to Professor Nick Binedell, who led him back to the corridors of academia at the prestigious Gordon Institute of Business Science (GIBS), where he teaches strategy and disruptive innovation. He also serves as the programme director for the Harvard senior executive programme for Africa. Nick continues to be a dear friend, colleague and mentor and Abdullah and Nick play an active role in leading a number of country issues.

"GIBS is my happy place,” muses Abdullah. “I love my work in the classroom, in designing programmes, in educating and in having an impact. In fact, I don’t even consider it work. I have the privilege of having Professor Nicola Kleyn as my dean as she truly empowers me to be the alternative, to innovate and to be me. She has been an incredible pillar in growing my academic career and in creating the context where people like me can find their passion and enhance it. The school has also recently appointed a new head of faculty, Morris Mthombeni. I have really appreciated his empowering leadership, which mirrors that of Kleyn and Binedell." He highlights that Binedell, Kleyn, Mthombeni and other colleagues at the school reflect the essence of empowerment, creating the context where colleagues can truly develop and grow.

Abdullah's reputation centres on his passion for being a provocative thought leader in the fields of strategy and disruptive innovation. To achieve this feat, he has had to consciously implement disruption in his own life, scoffing at the age-old adage that “those who can't, teach”. His “dogmatic pursuit of defining an alternative career path” is deeply rooted in his identity as a person of colour with a complex and evolved history yet fuelled by a desire to use those life experiences as a tool to shape the impact the change that he wants to see in the world.

How to make money from your property