Some couples match their watches or colour co-ordinate their outfits. Others take it a bit further and match their cars which, surprisingly, may make good financial sense. Sticking within a car brand family means you only have to liaise with one dealership, so you could potentially negotiate a better rate for two cars rather than just one, and it’s easier to remember which side of the car the fuel tank is on. So with that in mind, we went looking for luxurious rides for him and her – or whatever pronouns you and your partner go by – we settled on the Lexus marque.

Whether you and Bae want a matching set of identical cars, the same vehicle in different colours and trim, or two cars that look similar but offer you versatility – say, a sedan for weekday commutes and a coupé for weekend jaunts – there’s a Lexus for you.

Lexus has produced six generations of medium-sized sedans but is taking a new direction with its new seventh-generation Lexus ES. The new ES, built on the all-new Lexus Global Architecture (GA-K) platform, promises to be more spacious, quieter and safer than its predecessors. Lexus says the new chassis allows for a more dynamic exterior design and even better driving performance.

The ES range includes the ES 250 petrol engine model and the ES 300h, powered by a new self-charging hybrid system. The petrol version is powered by a direct-injection 2.5-litre four-cylinder engine and a new eight-speed Direct Shift automatic transmission.

Both cars feature the iconic Lexus spindle grill, plus far bolder design than previous generations Lexus has produced. The ES 250 produces 152kW at 6600rpm and 243Nm at 4 000 to 5 000rpm, while the ES 300h combines a 2.5-litre Atkinson cycle four-cylinder petrol engine with a compact electric motor, with total system power of 160kW and a combined cycle fuel economy of just 4.6l/100km.

Both ES models offer three different drive modes, adaptive suspension and a host of safety features, including 10 airbags and the Pre-Crash System (PCS), capable of detecting oncoming vehicles and pedestrians.

A sleek sporty two-seater car won’t work when the bride has a big puffy dress, and trying to park a Ferrari where only a Range Rover can go is a bad idea. 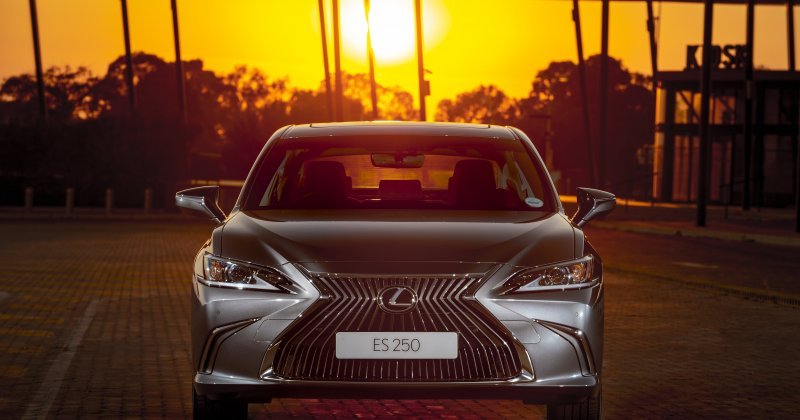 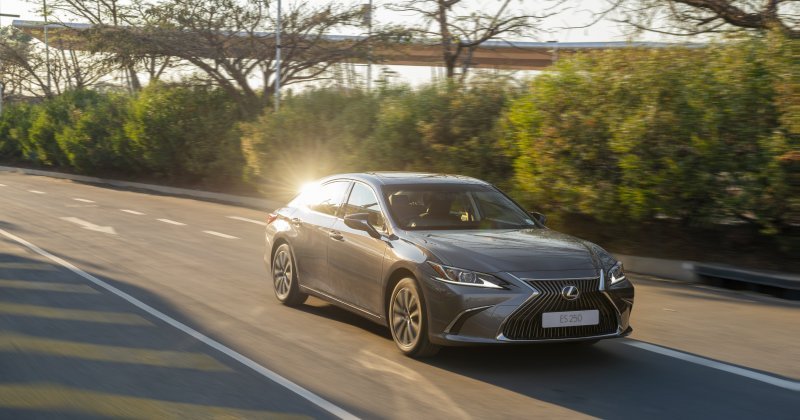 The LS 500 is the flagship Lexus sedan, built for ultimate comfort offering some impressive new extras, including massage functions for driver and passengers, as well as a Mark Levinson audio system.

The LS comes with adaptable air suspension for a smooth ride, but also for ease of getting in and out of the vehicle – it raises itself by 40mm when you unlock it. It even has three pre-set rear seat positions: Business (the default), Entertain (reclines the seat to enjoy the entertainment monitor) and Relax (extends the leg ottoman).

Really, the car has every feature imaginable, from driver-aid tech to the way the seatbelt holder extends by 50mm when the front doors are opened, ready for use.

The LS also marks the first use of a 10-speed automatic transmission in a luxury sedan. The car is powered by an all-new 3.5-litre V6 engine, which produces 310kW and 600Nm of torque at 6000rpm. Despite its two-tonne bulk, the LS can do zero to 100 km/h in just five seconds, thanks to its twin turbos.

The LS 500 is the flagship Lexus sedan, built for ultimate comfort.

Arguably the sexiest Lexus siblings, the RC F and RC F Track Edition are naturally aspirated five-litre V8 coupés that deliver on looks and performance capability without compromising on comfort.

According to Lexus, the design team used extensive aerodynamic knowledge garnered from the RC F GT500 and RC F GT3 racecars to improve the exterior of the RC F models.

Despite their racy looks, the RC F cars offer all the safety features and the vast majority of comfort features of any other Lexus vehicle, including the Lexus Safety System+ suite of driving aids.

NEED A SPECIAL CAR FOR YOUR BIG DAY?

Hiring a classic or luxury vehicle can make for fantastic wedding photos and add a special touch to your arrival. Plus, you can indulge your dreams for the day with the car of your fantasies.

We spoke to the motoring boffs over at Status Luxury Vehicles, who warn that it’s important to be practical and think your choice through. They caution that “a sleek sporty two-seater car won’t work when the bride has a big puffy dress and trying to park a Ferrari where only a Range Rover can go is a bad idea”.

Other things to consider are how many people you need to transport (will only the wedding couple need to be transported, or do you need cars for the rest of the wedding party, too?), location and duration. Often, three to four hours is all you need for car hire, which can cover getting to the wedding venue and photos after the service.

According to Lexus, the design team used extensive aerodynamic knowledge garnered from the RC F GT500 and RC F GT3 racecars to improve the exterior of the RC F models.

*Prices approximate and correct at time of going to press

A jeep for every family member

Betting on a Darkie: Lifting the Corporate Game

A book review by Chris Gibbons

Wrap Culture – Rev Up Your Ride

Create your own wine label

What does it mean to be African?

"We are very spoilt here. There is more hope here than anywhere else"

A Night Out on the Town

Dinner, Drinks and Dance on a Night Out