You don’t have to be kitted out in the leanest and meanest biking gear to be a bad-ass. You just need to get your hands on the bikes that are leading the pack at the moment. The Afropolitan scopes out three top-selling and top-performing bikes.

Imagine hugging 199 horse power or 148 kW between your knees while hurtling along a racetrack at a top speed of over 300 km/hr. If this doesn’t blow your hair back, the BMW S 1000 RR will definitely cause your neck muscles serious strain.

You don’t have to be kitted out in the leanest and meanest biking gear to be a bad-ass. You just need to get your hands on the bikes that are leading the pack at the moment. The Afropolitan scopes out three top-selling and top-performing bikes.

Lighter than its predecessor, the S 1000 RR weighs in at 204 kg wet, and BMW has undertaken chassis upgrades as well as optimised suspension for better ground clearance and turning ability. This superbike growls with power, as the torque has been boosted above 5 000 rpm and boasts a large torque plateau of 112 Nm between 9 500 and 12 000 rpm, yet it has precise handling and is easy to ride. An interesting feature is that the S 1000 RR offers cruise control.

The 2015 RR has completely electronic throttle control and boasts five riding modes including Rain, Sport, Race and Riding Pro Mode, with the subcategories Slick and a fully programmable User mode. For the thrill of a lifetime and only for those with a freakish daredevil streak, try the Launch control at your peril. Prepare to hang on for dear life, as this feature means you can take off from a standstill with the throttle at full blast.

Race ABS is a standard feature, as well as Gear Shift Assist Pro and a seven-step traction control system. BMW also gave the Dynamic Damping Control – an electronically adjustable suspension system – an overhaul, to give a smoother experience overall. Expect to pay in the region of R213 050 to call one of these your own.

Ask the owner of a speedbike about Harley Davidsons and the answer is likely to be a derisive snort of laughter. Harley Davidson responded with the V-rod Muscle - which is just another name for barely contained brute power strapped to an aggressive display of force surging through a 1 250CC engine.

Developed in conjunction with Porsche and subjected to the savage Dusseldorf durability test, the liquid cooled, 60° V-twin Revolution engine was developed from the VR1000 superbike engine. This Harley is designed to knock the wind out of you and wipe the sarcastic smiles off critics’ faces.

Its drag racer style is evident in the low centre of gravity and the 240mm rear Michelin Scorcher tire. The six speed transmission and 122 horse power gives the rider not only all the growl typically associated with a Harley Davidson, but all the brawn, too. Expect dual overhead cams, fuel injection, a compression ratio of 11.5:1, a slipper clutch to enable you to handle corners without missing a beat, and a deep bucket seat which you’re going to need when the Brembo brakes with ABS come into play, or you could be left coughing out your own petrol fumes. With a price tag of R230 000, this is no boy’s toy but a man’s muscle bike.

A lean, mean, speed machine would be an apt description of the 2015 Kawasaki Ninja H2, which won the 2015 Pirelli SA Bike of the Year award. At 237 kg and offering 147 kW of power from the 998CC liquid-cooled four-cylinder engine, the six-speed Ninja H2 is not to be trifled with. Neither is the R320 000 price tag, but this machine is worth drooling over.

KLCM, or Kawasaki Launch Control Mode, allows riders to choose from three modes when launching from a standstill, while electronically controlling the engine output – because this beast could leave you impersonating a lawn ornament if not properly controlled. The Ninja H2 also offers an Öhlins electronic steering damper, which gathers information from the H2’s rear wheel sensor and ensures front wheel stability. Three modes are available in traction control – for track, street and wet conditions.

For increased power, Kawasaki added a little extra to the Ninja H2 in the form of both a supercharger and turbocharger to pressurise air intake. It’s understandable if the handlebars are dented from your demented grip while taking a spin on this brute. Other noteworthy features are the dog-ring gears, which are typically used in Formula 1, as this design ensures a lighter shift effort and a more uniform mixing of fuel and air through the upper injectors that spray fuel onto stainless steel nets over the intake funnels.

The choice is yours - whether you prefer the lean, mean speed of the Kawasaki NInja H2, the raw, unbridled power of the BMW S 1000 RR or the deep, throaty growl of the Street 750, these three speed steeds are the top of their class and promise to pack plenty of power.

Besides the conventional performance enhancing customisations that are made on superbikes, café racers are enjoying the limelight at the moment. From nut and bolt rebuilds to personalised touches, these vintage-feel bikes were mostly manufactured in the 70s. A good starting point is choosing a bike for which spare parts are readily accessible, rather than obscure and hard to track down. Building up a café racer takes time, discipline and a steady flow of cash and patience. The possibilities for customisation are almost endless – from chassis improvements to suspension overhauls, from new tyres to personalised paint jobs. 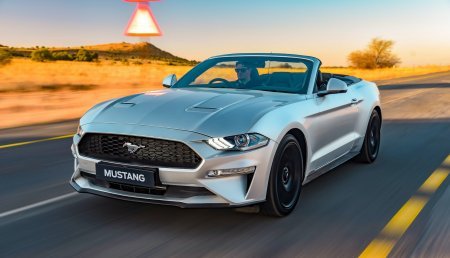