Bitcoin as a Catalyst for Transformative Money Exchange in Africa

Cryptocurrency 101 – the genesis of Bitcoin

Today, peer-to-peer digital currencies, often called, cryptocurrencies, have reached a record 185 billion US dollars in market value. This was compounded by Bitcoin, the world’s largest cryptocurrency reaching a market cap of more than 109 billion US dollars. A remarkable trajectory, for a currency that was only launched in 2009 by an unknown tech expert using the pseudonym of Satoshi Nakamoto. The idea was simple – develop a digital currency that is completely managed by users with no intermediation by central or private banks. To achieve this, Nakamoto developed a technology known as blockchain, a public ledger recording transactions on multiple computers or mobile devices simultaneously, making the need for third-party confirmation – essentially what banks do – completely unnecessary.

People throughout the world are experiencing a new wave of exchanging money that doesn’t involve a bank or middleman. It begs the question, is the world shifting towards historical forms of trading and exchanging goods and services, like in a barter economy? In a cashless economy negotiation is the name of the game!

Political Economy Professor at the University of Pretoria and author of Wellbeing Economy: Success in a World Without Growth, Lorenzo Fioramonti says that Bitcoin, the first cryptocurrency, is becoming more and more prevalent around the world, including in Africa. “Ordinary people write to me constantly, asking questions about how it works and its pros and cons,” he says. “At the present value of over 7000 dollars for one Bitcoin, excitement is growing everywhere, including among bankers. In Africa, Bitcoin is becoming a very useful tool for migrant workers to send remittances back home. In Zimbabwe, for instance, the price of Bitcoin at local exchanges is higher than in South Africa, so when Zimbabwean workers living in SA send their money back home, the recipients get a bonus in value and pay virtually no commissions. This is far better than conventional money transfer systems.”

Fioramonti adds that as a digital currency, Bitcoin is also proving quite useful in empowering disadvantaged communities, who can now open a “wallet” (the equivalent of an account) with just their smartphones and ID, without having to visit a bank and with no running costs. In a developing economy, African citizens are now empowered to engage in transactions that wouldn’t have been possible without Bitcoin.

Most cryptocurrencies have developed as autonomous money, which empowers users directly while guaranteeing full autonomy in how the money system is run. In South Africa, the digital currency is gaining exponential interest across different demographics. Sonya Kuhnel, Managing Director of the Blockchain Academy, launched the business initially as the Bitcoin Academy in South Africa in 2015, to teach people about digital currency when she spotted an opportunity to significantly impact financial inclusion across the continent. Based in Cape Town with a satellite presence in Johannesburg, the Blockchain Academy has already trained more than 1 000 people in Mauritius, South Africa and Swaziland. “We launched this academy to help fast track knowledge levels of individuals and businesses and empower the unbanked to start exchanging money and trade without the need of a trusted third party such as a bank. It is a huge opportunity to change the way we do business in Africa.”

Cryptocurrencies have had their fair share of criticism from regulators, bankers, economists and politicians the world over. Executive Chairman of Templeton Emerging Markets Group, Dr Mark Mobius, warned that “cryptocurrencies are beginning to get out of control.” Speaking at an investment symposium in Johannesburg recently, Mobius stressed that governments will begin to clamp down on cryptocurrencies sparking a rush to gold. 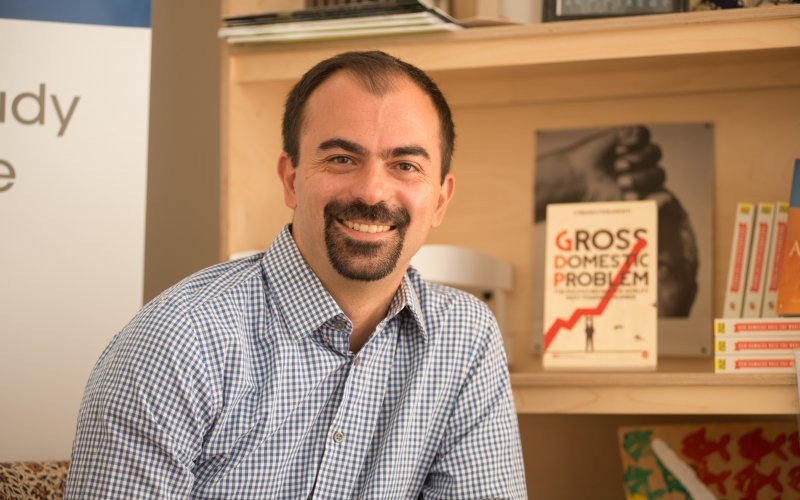 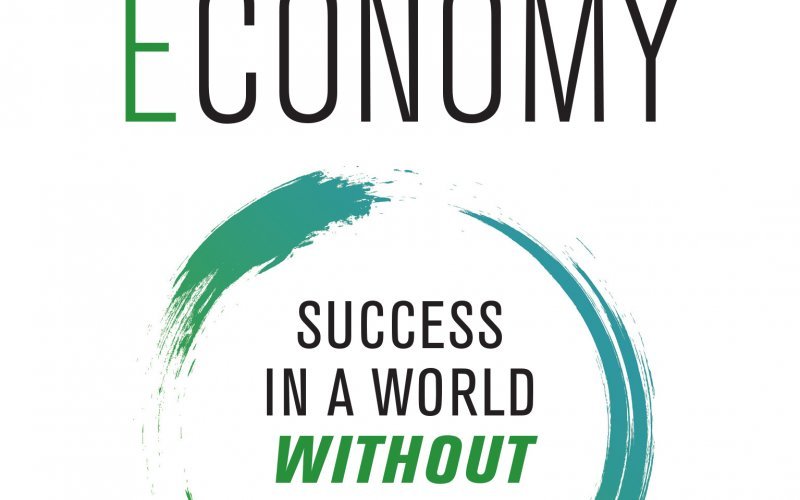 On the contrary, Fioramonti says that the opportunities for individuals and start-ups are enormous. “Cryptocurrencies are the future of a new economy, in which users themselves control the money system, with a fixed and predictable supply. Exactly the opposite of conventional money systems, which are dominated by private banks and redirect profits to those who already possess wealth. Cryptocurrencies are interest free, which means you cannot charge interest on your money,” he says, adding that their value is in trading or exchanging. “They can be very useful for start-ups, which now can gather financial support though forms of crowdfunding (known as initial coin offerings) rather than resorting to conventional bank loans.”

Fioramonti concedes that cryptocurrencies are not immune to downsides. “The risks are that they can be hijacked by speculators, which are often the same investment banks criticising these currencies in public while speculating against them in private. As open systems, anybody can access them and, if speculators control vast amounts of these new currencies, they can easily drive prices up or down as they wish.”

In a country like Zimbabwe where the local currency has been redenominated to a point of extinction, citizens can now take advantage of cryptocurrencies to sustain economic activity.  Fioramonti believes that the availability of Bitcoin and other currencies in Zimbabwe is empowering local producers, who are no longer subject to government restrictions in terms of money supply and use. “Moreover, Zimbabweans are also becoming ‘miners’, that is users, that invest in supporting the Bitcoin blockchain through their own computers while being rewarded in Bitcoin for their services.”

While peer-to-peer digital currency has taken the world by storm, the rate of adoption by some governments has been slow. Fioramonti says that governments have also tried to crack down on cryptocurrencies, including China recently. “Yet, it’s very difficult to control a phenomenon happening transversally on the Internet. The Chinese restrictions had no effect on the value of Bitcoin. As it has already happened in the past, governments will eventually give up. Many of them are already trying to develop their own cryptocurrencies, with a view to competing with Bitcoin. So are banks. But in my view, Bitcoin will continue growing as the only truly open and horizontal currency in the world,” he concludes.

Where to start for first-time users

There are a number of Bitcoin hubs with its underlying technology, the blockchain, in Africa, including in Cape Town, Accra, Nairobi and Lagos – with an increasing number of start-ups emerging throughout the continent. Some notable exchanges that offer Africans an opportunity to trade Bitcoin and other cryptocurrencies are Luno, BitcoinFundi, NairaEx and ice3x. Luno is one of Africa’s largest mobile wallet and cryptocurrency exchange.

In more and more countries, Bitcoin is becoming an accepted form of payment. However, there are platforms that allow you to exchange Bitcoin for local currency throughout the continent. In South Africa, Luno is the main platform. Some companies are also planning to install Bitcoin ATM machines. For people who wish to withdraw their Bitcoin in cash, the process is simple. Luno, enables users to send their Bitcoins to their personal bank accounts or ewallet and withdraw cash from an ATM. Most cryptocurrency exchanges across the continent have the same feature on their mobile apps.

Sandile Xaso, a 27-year-old Johannesburg-based Brand and Reputation Strategist, says that he is trying out cryptocurrencies and is already seeing significant growth in a short space of time. “Having known about Bitcoin and cryptocurrencies for about two years, I was given an opportunity to own, buy and sell without being involved in the complex world of trading or mining. In two months, the R1 000 investment has grown at quite an astonishing rate. Being worth R1 680 in 4 weeks and then shooting up to R1 930 in five weeks. In just another month it has increased by over 30%.”

If you purchased 100 US dollars of Bitcoin in 2010 you would be 75 million US dollars richer today!

A cryptocurrency is a digital or virtual currency that uses cryptography for security. A cryptocurrency is difficult to counterfeit because of this security feature. A defining feature of a cryptocurrency, and arguably its most alluring, is its organic nature; it is not issued by any central authority, rendering it theoretically immune to government interference or manipulation.

Bitcoin is a digital currency created in 2009. It follows the ideas set out in a white paper by the mysterious Satoshi Nakamoto, whose true identity has yet to be verified. Bitcoin offers the promise of lower transaction fees than traditional online payment mechanisms and is operated by a decentralised authority, unlike government-issued currencies.

A blockchain is a digitised, decentralised, public ledger of all cryptocurrency transactions. Constantly growing as ‘completed’ blocks, the most recent transactions are recorded and added to it in chronological order, which allows market participants to keep track of digital currency transactions without central recordkeeping. Each node (a computer connected to the network) gets a copy of the blockchain, which is downloaded automatically.

Don’t Let the Cost of Dying Impact your Financial Legacy